Modified HOS Final Rule Posted – Change is Coming! (NOT YET, BUT SOON) 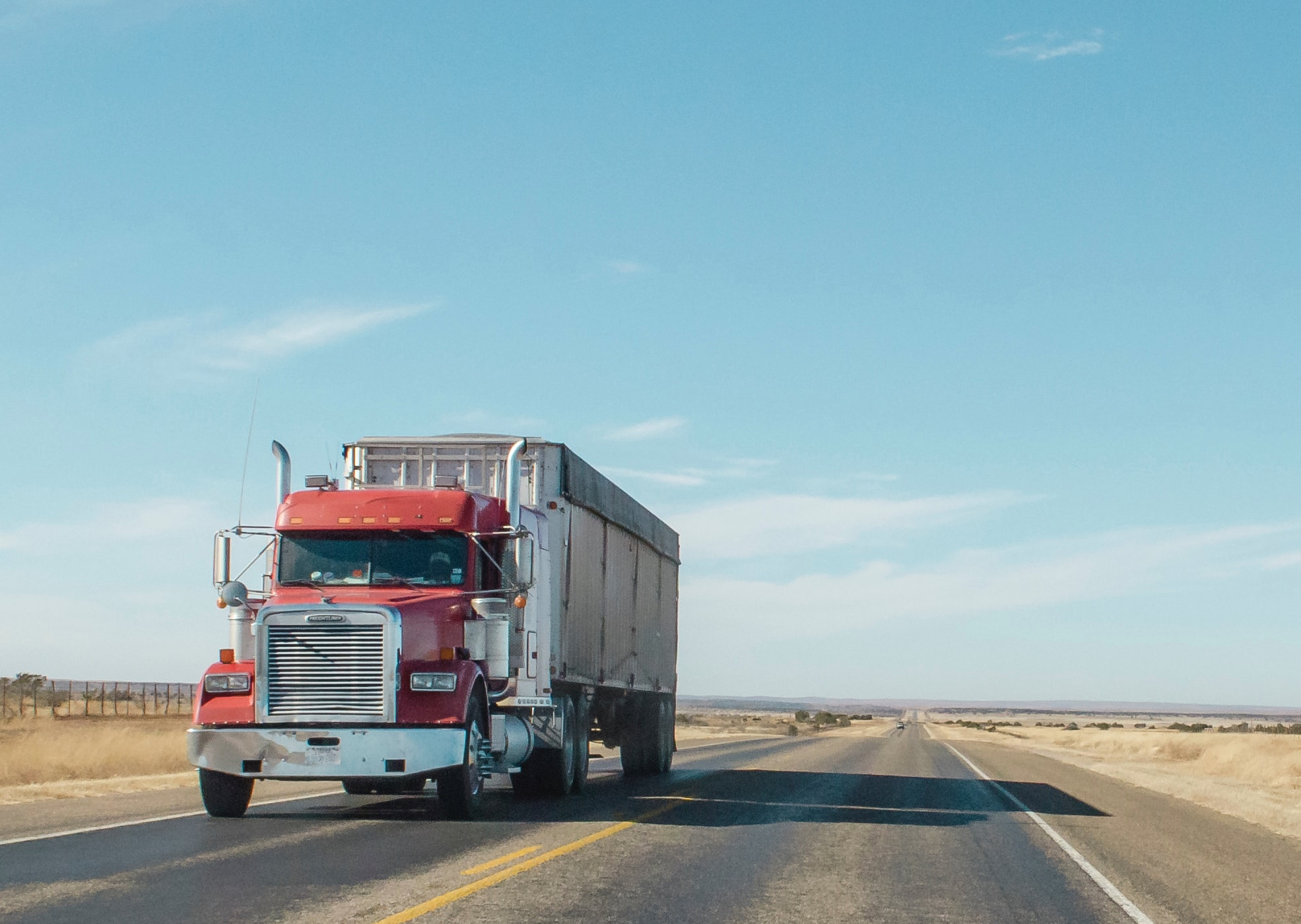 ⚠️ Modified HOS Final Rule Posted – Change Is Coming! (NOT YET, BUT SOON)

After over 8,000 formal requests and possibly millions of frustrated sighs over the Hours of Service (HOS) regulations, change is coming!  Though this change isn’t quite as drastic as some would hope, others see the added flexibility as a much-needed step in the right direction. According to the FMCSA, their purpose in modification is, “to enhance the operational flexibility of drivers and carriers, without compromising the Agency’s statutory safety mission.” But will these changes bring about added flexibility and possible improve safety? Time for a breakdown.

CURRENT SHORT HAUL EXCEPTION: A provision that allows CMV drivers to operate without an Electronic Logging Device (ELD) being mandatory if operating within a 100 air-mile radius and in a 12 hour work day. The operator must start and stop his operation from the same location, and have a maximum drive time of 11 hours.

PROPOSED REVISION: To expand the distance radius from 100 to 150 air-miles, and to increase the 12 hour limit to allow a 14 hour work day. Still, the driver must start and stop from the same place and cannot exceed the 11 hour driving window.

THOSE IN FAVOR: According to the commenting submissions during the proposal phase, some of the benefits that have been stated would be:

THOSE AGAINST: Opposition to the short haul revision was submitted as the following:

CURRENT RULE: A driver may drive and be permitted or required to drive a CMV for 2 additional hours beyond the maximum time allowed during adverse conditions. However, this does not currently extend the maximum driving windows, such as the 14 hour workday limit. Adverse conditions are that which at the time of dispatch, neither driver, nor dispatcher could’ve for-seen the delay causing event – such as a traffic collision, flash flooding, or fog, etc…

PROPOSED RULE: Same as the current rule, with the exception that the driving window would also be extended. For example, if a driver is nearing the end of their 14-hour workday as adverse conditions are discovered, then that driver would have the opportunity to “park and wait out the adverse driving condition or to drive slowly through it” for an additional 2 hours without being in violation. The adverse condition definition is “modified for clarity and to recognize that this exception might apply based on knowledge of a driver (in addition to the dispatcher) under certain circumstances.”

THOSE IN FAVOR: The general thought behind the proposition is that since more time would be given for unforeseen circumstances, there would be less pressure to rush. An operator not under-pressure is a more-cautious, safer driver. This provision would allow a driver more time, more freedom to pull over to either wait out a situation, or simply just more time to plan wisely.

“The California Highway Patrol said the provision would allow driving at a reduced speed or delay operations while in adverse driving conditions, which may reduce the risk of crashes and improve road safety.”

THOSE AGAINST: The main thought against the proposed final rule is that a driver on the road longer is a more fatigued driver. Other opposition argued on the following grounds:

FINAL THOUGHTS: While a driver could be on the road longer, that isn’t necessarily the case. The adverse conditions proposal puts more freedom in the hands of the driver; that should allow the driver to make the most informed decision. Whether that decision is to wait it out, or drive slower; it is ultimately the driver with the first-hand information on the conditions. The conditions are by nature, unforeseen, and the thought to remember is these circumstances will be “reacted to – not planned for.” It also doesn’t cover “Things such as detention time, breakdowns, enforcement inspections (anticipated factors for the industry), road construction, or detours (could be known in advance.)”

CURRENT RULE: “If more than 8 consecutive hours have passed since the last off-duty (or sleeper berth) period of at least half an hour, a driver must take an off-duty break of at least 30 minutes before driving.” (no work, including paperwork, allowed.)

PROPOSED RULE: “Requires a 30-minute break only when a driver has driven for a period of 8 hours without at least a 30-minute interruption. If required, the break may be satisfied by any non-driving period of 30 minutes, i.e. on-duty, off-duty, or sleeper berth time.”

THOSE IN FAVOR: The primary basis for support of this proposition is freedom & control in the hands of the driver. This means that the driver could utilize this break for productive activities, (fueling or loading included). It also allows the operator only to be forced to take the break if 8 hours of driving have occurred, not simply working, as the prior regulation enforced. Updating to the proposed rule will provide greater leeway for the driver to plan his/her own breaks, without being forced to do so.

THOSE AGAINST: Proponents against the updated rule, offer the following reasoning, “Managers might abuse the on-duty break” and “Taking the break on-duty could fatigue drivers.” Driver’s would be asked to work during their break, that should be the driver’s time to use how they see fit.

FINAL THOUGHTS: Most drivers won’t actually need to take a required 30-minute break under this revision to the rule. With 8 consecutive hours of drive-time being the restriction, a greater amount of drivers wouldn’t qualify; those that do, could now use it how they see fit.

PROPOSED RULE: “Modifies the sleeper berth requirements to allow drivers to take their required 10 hours off-duty in two periods, provided one off-duty period (whether in or out of the sleeper berth) is at least 2 hours long and the other involves at least 7 consecutive hours spent in the sleeper berth. Neither period counts against the maximum 14-hour driving window.”

THOSE IN FAVOR: Greater freedom for those utilizing the split-sleeper berth exception. Drivers would be able to drive for a longer period, as neither break period would contribute to their 14-hour driving window or 11-hour driving limit, thus being able to drive further. Studies reveal the average driver gets between 6 & 6.5 hours of sleep per night, this rule doesn’t force a driver to wake up or sleep any less, it allows them to leave the sleeper berth after 7 hours. “Under this final rule, any driver who wishes to end the sleeper berth rest period after 7 hours may do so.”

THOSE AGAINST: Sleep quality while in a sleeper berth is not as efficient as sleep at home; this rule would incentivize more drivers to operate while not as rested. A driver who is less rested is less safe. Drivers would spend more time away from their homes, with carriers expecting more drivers to utilize the split-sleeper option.

FINAL THOUGHTS: Both periods are consecutive amounts, it must be a minimum of 7 hours in sleeper berth and a minimum of 2 hours off-duty. The FMCSA believes this to be an answer that allows greater flexibility and not increasing a safety risk. Also, this rule wouldn’t be used by all; “This measure is available only to drivers who use sleeper berths and are thus experienced in obtaining rest in a variety of places.”

While the majority of these updates won’t be utilized by all drivers at all times, those that are able to use them will hopefully find them freeing. It should always be noted, that safety and compliance can’t be legislated outright, it depends on people. The motor carrier doesn’t hold the final saying power in a decision to force any driver to operate fatigued.

The driver has the responsibility and obligation to all on the road; whether utilizing any exception and following all regulations perfectly,

With the final rule being posted in the federal register on June 1st, 2020; these changes will go into effect Sept. 29, 2020, unless contested enough to bring about revision. On that note the FMCSA is allowing public comment that could bring about meaningful change in these rules; but the deadline for comment is July 1st. What propositions do you agree or disagree with, post your comment here to be review by the FMCSA?

Most of the quotes, were pulled directly from the final rule from the federal register, click here for the full reading.

“If you don’t want someone else telling you how to run your business- then don’t give them a reason to be there.” Building a good safety culture is an investment that ALWAYS pays off. The Read more…

READY TO BE STOPPED? INTERNATIONAL ROADCHECK 2021

Some of you know my story, because I keep talking about it, while others know only a few things. I want to start this story in August of 2004, then leapfrog a few times to Read more…